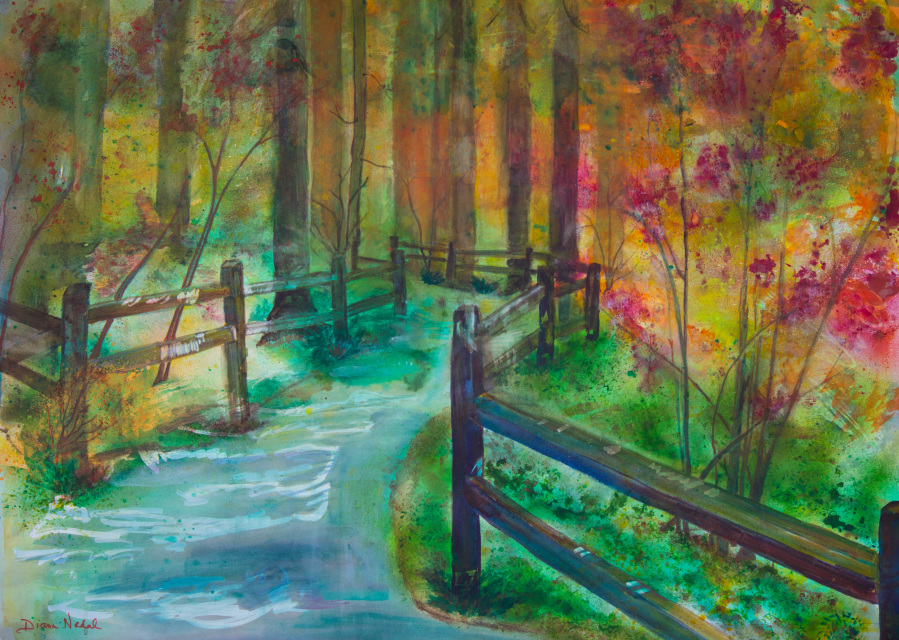 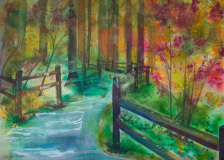 ​ Several years ago we hiked down this path to see the "Marker.​"  This was my first large painting and from the day I started working on it I knew it was the right size to choose for this painting. I chose to make it a Fall scene even though my photos from that day were in springtime. I love color and even though it made it more difficult I think I made the right choice in adapting it.

The Willamette Stone is the "Initial Point" or Point of Beginning of the Willamette Meridian. All land surveys and property descriptions in Oregon and Washington are referenced to this point. Established in 1851 under the direction of John B. Preston, the first Surveyor General of the Oregon Territory, the surveys completed from this location promoted settlement of the Northwest and began the transfer of land from government ownership to private ownership. After a short walk down a hill in the park, you can see, touch and read about this important marker.